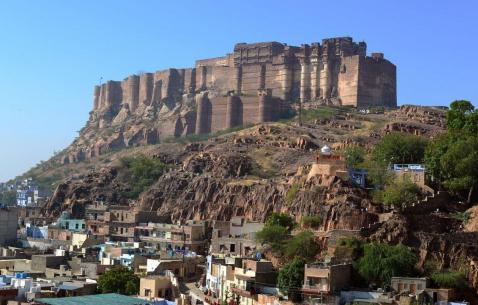 Rule of Ajmer has changed shifted many times over the last thousand years. The Chechi Gujjars lost it to Muhammad of Ghor in 1193, regained independence under the Mewars in 1365, was conquered by the Marwars in 1532, and then again by Akbar in 1559, controlled by Marathas in the 18th century, ceded to the British in the 19th century and finally became a part of Rajasthan in 1956.

Surrounded by the 1.5 billion year old Arravali Mountains (which is ancient even by geological standards), the city’s tourist value come from a mix of scenery, culture and history.