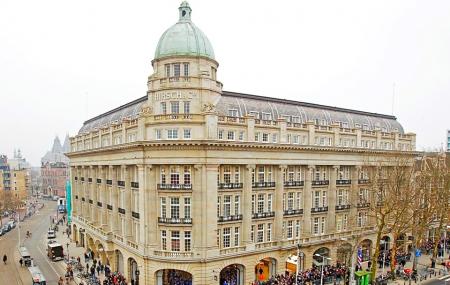 Located inside the famous old Jewish quarter in Amsterdam, the Jewish Historical museum plays a significant role in retelling the history of Hewish community and culture.It is one of the must see amsterdam toursit attraction. This area is built upon the site historic synagogues and Holocaust-era events which were left deserted after the Jews were deported to Auschwitz and Sobibor. Inside the museum there are three permanent exhibitions that portray the history and culture of the Jewish people in the Netherlands. Just opposite to this famous museum is the Portuguese synagogue that was erected in 1775. Some of the important sites to see in the Jewish cultural quarter are:

There is one ticket for the Jewish Historical Museum, JHM Children's Museum, the Portuguese Synagogue and the Hollandsche Schouwburg.

How to Reach Jewish Cultural Quarter

Love this? Explore the entire list of places to visit in Amsterdam before you plan your trip.

Fancy a good night's sleep after a tiring day? Check out where to stay in Amsterdam and book an accommodation of your choice.

84.87% of people prefer to travel by car while visiting Jewish Cultural Quarter