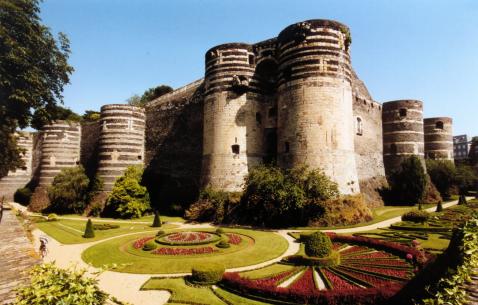 Angers is a city set in the heart of Pays de la Loire region in Western France. Known for its greenery, historical significance and a very-European culture, Angers earned a name for being one of the most desirable places to live in Europe. The city is also famous for its rich art and culture reflected in its museums and educational universities.

For many centuries in the history, Angers has been the historical capital of Anjou having been an important part of the Plantagenet dynasty. In the 1900s, the city was deeply inspired by the urbanization of Paris, (checkout the top things to do in Paris) and thus focused on the development of economy and tourism, thus attracting more settlers. The city now holds a population of more than 147,305.

The beauty of Angers reflects in its half-timbered houses set in perfectly squared streets. So the city’s itineraries don’t just include sightseeing and historical tourist attractions, but also great shopping escapades, rich street-sides and spirited French night life in the clubs.

Apart from the museums, ancient castles and other monuments, the city is particularly unique for its green areas that have been accumulated gradually since the Renaissance period. These green areas include wonderfully cropped kitchen, medicinal and botanical gardens which have been listed in the UNESCO World Heritage Sites.

Set aside your vacation planners, and indulge yourself in this lively city by shopping at their best spots, munch on their gourmet delights and finally, spend a fun-filled night in the clubs sipping some cocktails.

Plan Your Trip To Angers

The best tours and activities in the city, guided by experts to give you a local insight to the best of Angers