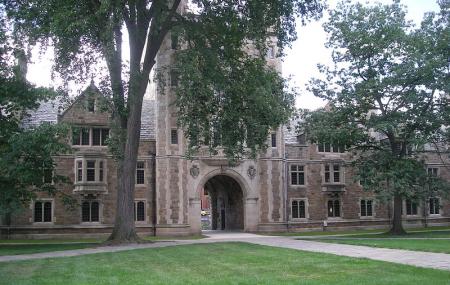 Find hotel near University Of Michigan

Located at the heart of AnnArbour, the University of Michigan was founded in 1817 as the University of Michigania, 20 years before the Michiganterritory was declared as a state. Today, it is the state’s oldest university and hascarved out a name for itself in academics as well as in sports. The Wolverines football team which is the University’s home team has a huge following and plays regularly at the Big House while the sheer number of Nobel Prize winners (24 to be exact!)that are alumni of the college, have shaped the university’s high reputation. Even though thethe place started in 1817, it was not until 1870 when the women were first admitted at the university.

Since its establishment, today, the campus has 548 buildingsspread-outovera massive 780 acres of area.

The highlights of the campus include:

You can walkaround the campus to see its varied architecture, beautiful landscape and to simply witness the grandeur and history of the place.

How to Reach University Of Michigan

Love this? Explore the entire list of places to visit in Ann Arbor before you plan your trip.

Fancy a good night's sleep after a tiring day? Check out where to stay in Ann Arbor and book an accommodation of your choice.