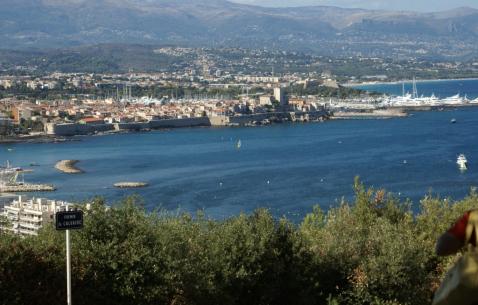 Escape to the glamorous resort town in France. The city of Antibes was fortified by the Greeks about 2000 years ago, initially known as the Antipolis in the 5th century BC. A couple of years later Antipolis was called Antiboul as it was assimilated by the Roman Empire during their expansion. The city then became a victim of pirates and raiders. Later as Genoa grew in power, the city of Antibes was rescued of the threats. The Antibes port used extensively for trading along Mediterranean lies towards the easternmost part of France. As a matter of fact the Antibes is the second largest town on the Cote d’Azur.

Although the famous coastline on the city is sufficient to enjoy trip there, you can’t afford to miss out on the beauty of the Old town. The old town is titled as the cultural heart of the Côte d'Azur where you can explore the exciting nightlife, variety of restaurants and the scenic beauty of the city. The Antibes generously embraces the shores of the Mediterranean between Nice and Cannes. About 48 beaches surround the city of Antibes. Once you visit Antibes, you do not have to bank on the attractions solely. The beaches make for a pleasant experience sufficient to enjoy your trip in the city. The cuisines of the city include authentic French food as well as local fresh seafood delicacies.

The city possesses a maze of narrow streets suitable for walking. The closest airport to Antibes is the Nice Airport.

Essential travel information and Antibes tips for your visit