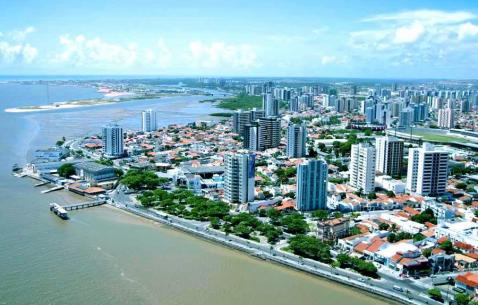 Aracaju is a beach town, but it is far more popular with Brazilians than it is with the international tourist crowd. This might be because the city has to compete with Recife and Salvador for attention from tourists – it’s right in between those two more popular cities. However, this works out well for those who do visit Aracaju – it’s quite a tranquil place, and very low cost.

The city was founded in the mid-eighteenth century, as a specialised harbor and administrative centre, and in 1889, became the state capital. Its economy grew on oil and sugar trade, but these days, tourism is contributing some healthy coin too.

The main attractions – the many beaches – are multi-purpose. They’re often lined by the best nightlife, the best accommodation and the best tourist attractions. Their wide spaces and the low volume of people mean that most visitors can easily find their own quite patch on the beach. The main waterfront areas are the Orla de Atalaia and the 13th July Promenade and Viewpoint.

Culturally, Aracaju’s museums are of great importance to the people of Sergipe state, especially since the city’s home to over half of the state’s population. Their culture, heritage and influence is beautifully presented in exhibitions at Museu da Gente Sergipana, the Museu do Homem Sergipano, and the Oceanarium.

The city is known for being festive, though most of the festivals are musically oriented. The best nightlife is near the beaches. Shopping is decent, and you can find great examples of local handicrafts at the street markets. There are number of places you can head to, out of town, such as Laranjeiras and São Cristóvão.

Essential travel information and Aracaju tips for your visit

Tipping: You don’t need to tip, except when being dropped to or from from the airport; and a R$5/10 tip for the bellhop at hotels.