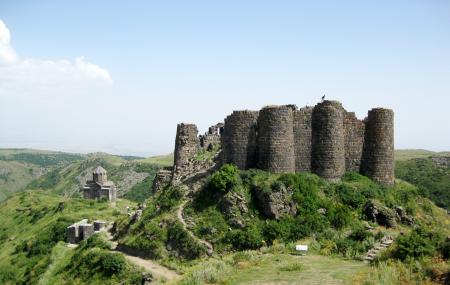 Amberd was a midcentury fort-city. It was built during the 10th century.The mansion and some parts of the fortress’s wall were constructed in the 7th century. The ruins of the Amberd’s fortress including the walls, the church, the bathroom and other sections were preserved. The fortress had an irregular triangular shape. The most accessible section from the outside of the three-storey mansion was located at the north-western section of the fort-city, and it streched for approximately 1500 km. On the southern side of the mansion, which faced the center of the fort window, openings of the upper storeys were preserved. For defense reasons, the lower story did not have windows, instead it had a small entrance hidden by a sliding stone door.