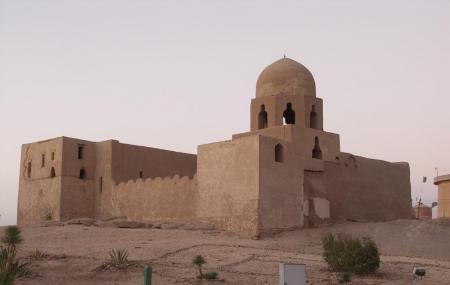 So it’s a big rock project that no one finished. Big deal. It really is a big deal; this could have been the largest ancient obelisk in the world if it had been finished. It would have stood 42 metres tall. The carvers were cutting it right out of the bedrock but abandoned their work when the stone cracked. It’s also famous because its half-finished status lends archaeologistssignificant clues into the workmanship of the ancients. Stairs leading down into the pit of the quarry will reveal some intriguing ancient pictographs.

Right across the road from the quarry, to the west of the Obelisk lies an immense cemetery. The graves belong to local rulers and landlords from around the 9th century. The state of the place is so deteriorated that it’s hard to make out who were buried. Still the mud brick, horned-corner domes are quite a sight. The cemetery has been fenced off, so you’ll have to walk around it to find the main entrance if you want to see anything.

Love this? Explore the entire list of places to visit in Aswan before you plan your trip.

Fancy a good night's sleep after a tiring day? Check out where to stay in Aswan and book an accommodation of your choice.

87.88% of people prefer to travel by car while visiting Unfinished Obelisk And Fatimid Cemetery

People normally club together Aswan Botanical Garden and Elephantine Island while planning their visit to Unfinished Obelisk And Fatimid Cemetery.