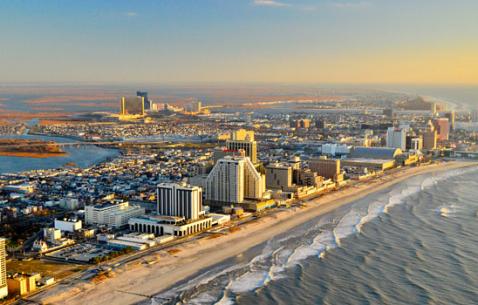 Often referred to as a poor man’s Vegas, Atlantic City is primarily known for its beaches and casinos. Atlantic City is like a huge seaside resort- America’s oldest, mind you! It has been a popular destination since it was revamped as a casino town. But for those who’ve been there, they know that there’s much more to AC (Atlantic City) than just glitzy casinos; those of you who’re yet to visit AC, take time and sight see to find out for yourself.

For example, the world’s first ever boardwalk, was built on the beaches of Atlantic City and is now the lifeline of the city, connecting it to every major attraction of the city; not to mention the boardwalk’s own charm of stunning vistas and the Air show that’s held over the boardwalk  every August. Did you know, that the Ripley’s Believe It or Not! Show that formed an integral part of our childhood was inspired by the Ripley’s museum at AC?

Atlantic City is full of such fun nuggets of fact that are just waiting to be discovered….!

Essential travel information and Atlantic City tips for your visit

Plan Your Trip To Atlantic City

The best tours and activities in the city, guided by experts to give you a local insight to the best of Atlantic City