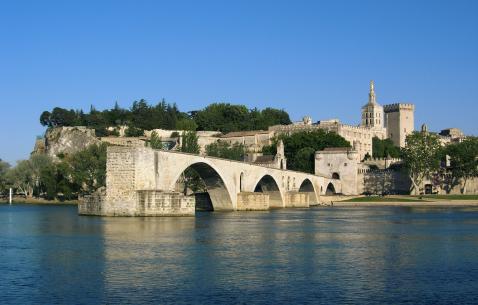 Located on the banks of River Rhone, a European city of culture- Avignon is more than just a French city. The iconic resort of the Pope's in 14th century when the corruption and social turmoil took over Rome. The Le Palais De Papes is the legendary structure that served as home to the Pope during his stay in the city. The 800-year old Frescos, enchanting structures and Squares adorning the city make it righteously a UNESCO world heritage site. The ancient city of Avignon had around 100 chapels and churches and was a Mecca for architects, builders and artists.

Avignon was strategically an important city of France in the ancient times given its proximity to the confluence of two major Rivers of the country. It emerged as a prominent centre for trade and commerce and the reminiscence of its glorious past is still visible in its ancient streets adorned with beautiful French cafes. The home to the alluring Pont Saint-Bénézet Bridge, Avignon welcomes its visitors with warm French hospitality.

There are bunch of great activities like Hiking, camping and cycling that visitors can try out on their Avignon holidays. Great theatres, Opera houses and Shopping areas add to the entertainment in the city.

Essential travel information and Avignon tips for your visit