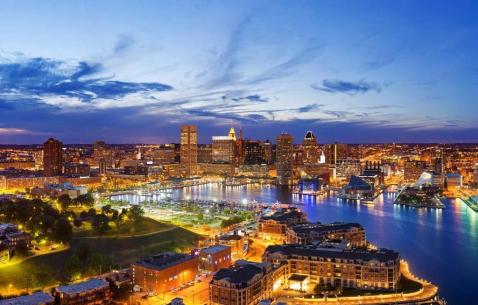 The history of this city has mostly war tales in it. This is where the famous Baltimore Battle and Civil War of 1812 started. In World War II the city played a big part by supplying war ships and naval forces. This was where British forces bombarded Fort McHenry with rockets; but the city has always successfully defended itself. The freaking National Anthem was written here.

The place has always been a settlement for African Americans, most of whom have ancestral history rooted in slavery, and there are museums to that effect.

This city in the state of Maryland is a superb tourist attraction. It is mostly known as that city where the famous poet Francis Scott Key wrote his famous poem “The Star Spangled Banner”. This is also home to the famous Baltimore Orioles as well as the Baltimore Ravens. Along the sides of the Chesapeake Bay, this city is full of vibrancy, color, cheer, crowds, nightlife and everything a proper metropolitan should have. It’s incredibly festive too, so try and make sure your vacation planner accommodates the fun dates.

Major sightseeing neighborhoods are the Inner Harbour, Fells Point (which has century old infrastructure) and the Maryland zoo. Also super popular is the Wire Tour, based on the location of the hit TV series.

Essential travel information and Baltimore tips for your visit

Plan Your Trip To Baltimore

The best tours and activities in the city, guided by experts to give you a local insight to the best of Baltimore