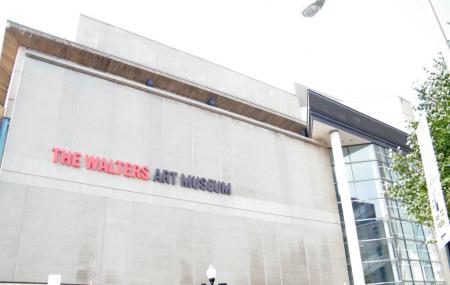 This museum is an unmatched example of a dream of a father and his son. The joint effort of William Thompson Walters and his son is this beautiful museum. Henry Walters, who later took over the responsibility of beautifying and expanding the magical collection, has been immensely successful in his efforts. The whole mansion and the penthouse had been built in such a way as if it was meant to be set up as an internationally famous museum. It was earlier on known as The Walters Art gallery and later shifted name to The Walters Art Museum when the number and quality of exhibits increased for the better.

The permanent collections of this museum ranges from ancient art, contemporary, folk, raw, and other modern art forms though the most talked about has always been the displays depicting ancient past of several parts of the world. This includes excellent collections from Egypt, Nubia, Greece, Rome, Etruria, Ancient America, Asia, etc. The other art forms include ones from the Islamic and Medieval Era. The contemporary collection has an exclusive part consisting of pieces symbolizing the European Renaissance and Baroque art times. There is also a fantastic collection of sketches and other 19th century artifacts.

How to Reach Walters Art Museum

Love this? Explore the entire list of places to visit in Baltimore before you plan your trip.

Fancy a good night's sleep after a tiring day? Check out where to stay in Baltimore and book an accommodation of your choice.

91.92% of people prefer to travel by car while visiting Walters Art Museum

People normally club together Baltimore Museum Of Art and Urban Pirates while planning their visit to Walters Art Museum.