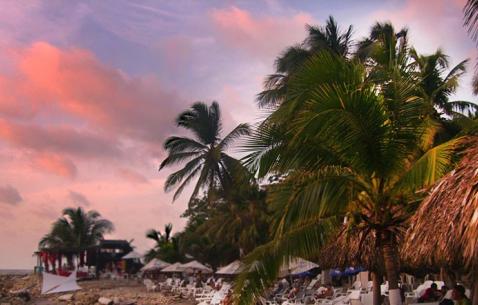 Located in the Atlántico Department of Colombia, Barranquilla is the largest port city in the Northern part of Caribbean Coast. Fondly called as Colombia’s ‘Golden Gate’, Barranquilla is known for its industrialization and modernization. The city also hosts the world famous ‘Barranquilla’s carnival’, a major cultural festival which finds a place on a number of trip planners.

The earliest records of Barranquilla date back to the early 17th century. However, it was formally established as a town only in 1813. Gradually, it became a major port in the Caribbean coast. Post the World Wars I & II, Barranquilla saw a major flow of immigrants from Asia and the Middle East. It went on to become a significant city in Colombia, and also the first place in the country to have the first airport in South America.

Barranquilla enjoys a diverse natural wealth with a wide variety of flora and fauna supported by Magdalena and other minor river systems. The city also takes pride in its beautiful landscapes that include western hills, lush green terraces, picturesque valleys and huge mangroves.

With indigenous communities from all over the world residing in the city, Barranquilla experiences a rich urban culture with a relaxed atmosphere and friendly nature of the people. The city might not have a lot of historical monuments to boast about, but it takes pride in its museums, cathedrals and other places to visit in the cradle of nature.

Celebration of culture in its highest form is what the Barraquilleros usually believe in. Throughout the year, Barranquilla witnesses a variety of folk festivals, cultural events and other things to do. The Institute of Culture and Tourism of Barranquilla looks after the promotion of culture and hosting wide range of events for the same. The Carnival of Barranquilla is one spectacular celebration in the city that you can’t afford to miss. So, take a break from your routine, and add Barranquilla to your vacation planners this holiday.

Essential travel information and Barranquilla tips for your visit