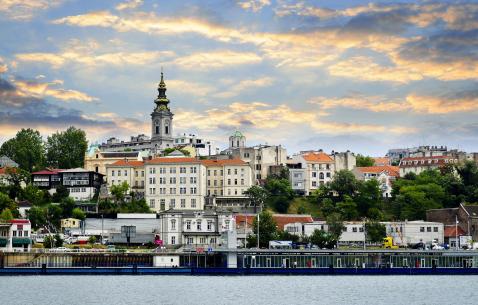 Located on the confluence of the Rivers Danube and Sava, Belgrade is the capital as well as the largest city of Serbia. The city’s name literally translates into ‘White City’. It is the biggest centre of Tourism, trade, communication, industry and transportation in Serbia. With its fascinating history and culture, Belgrade often finds a place on many vacation planners.

Belgrade is home to Vinca Culture, which is said to be one among the most important European pre-historic cultures. The earliest archaeological findings in the region trace back to the 5th Millennium BC. The city was first inhabited by the Celtic tribes who founded Singidunum in the 3rd century BC. Romans invaded the area until it became the part of Byzantine Empire in 395. It was later ruled by Frankish, Bulgarian Empires and the Kingdom of Hungary before it was made the Capital of Stephnen Dragutin, a Serbian King. Ottomans took over the city in 1521. It is said that Belgrade was destroyed 44 times in various wars. The city served as a capital to the country of Yugoslavia from its inception in 1918 to the dissolution in 2006.

Belgrade’s itineraries are filled with a number of historical monuments, socialist edifices and age-old theatres. The charming restaurants, quaint cafés, museums, shops and gardens situated on both sides of the river are an absolute visitors. Further, the city has elite areas which are adorned with searing sky rises, colourful boulevards and lush green parks.

A major cultural and academic centre of Serbia, Belgrade is home to a several universities and educational institutions. It attracts a large student population from different parts of the country. The city also boasts of a huge sports and recreational complex located at Ada Ciganlija, which facilitates various entertainment events and sports.

Belgrade is said to have one of the best and most unique night cultures of Europe, with many bars and clubs open until the dawn, offering a variety of activities to do. A number of night-out spots, party boats, and elite clubs with old town music performances gives you an insight of authentic Serbian nightlife experience.

Essential travel information and Belgrade tips for your visit