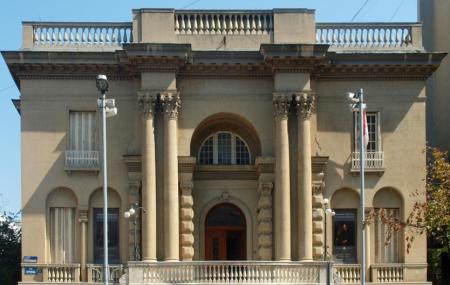 It is now undeniably known around the world that Nikola Tesla was the greatest inventor who ever lived. Without his work on electricity, magnetism and radio, the technological progress of the 20th century would never have happened. But tragically, his success was overshadowed throughout the last century by the success of Thomas Edison, even though Tesla was by far his scientific and innovative superior.

This museum, then, has only one goal – to exhibit the full depth and breadth of Tesla’s legacy. It has about 160000 documents that belonged to Tesla; his personal library of books and newspapers; interactive exhibits on his discoveries and their subsequent impact; collections of personal objects; and most strikingly, an urn that contains Tesla’s ashes.

How to Reach Nikola Tesla Museum

Love this? Explore the entire list of places to visit in Belgrade before you plan your trip.

Fancy a good night's sleep after a tiring day? Check out where to stay in Belgrade and book an accommodation of your choice.