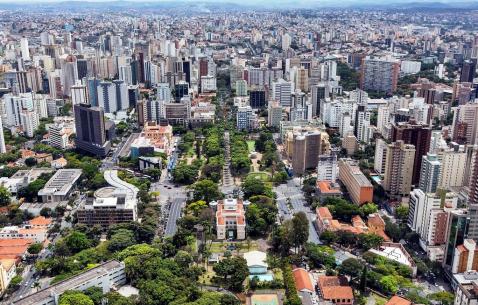 Brazil’s first planned modern city is famous for its ambitious and striking architecture, its mining town heritage, its significant green spaces, and its convenience as a sightseeing stopping point towards other destinations around the state of Minas Gerais.

The beautiful architecture is a mix of classical, contemporary and downright zany. The two most famous complexes are the Cultural Circuit of Freedom Square and the Pampulha complex of buildings.

As the distribution and processing centre of a rich agricultural and mining region, the city takes its working class grassroots heritage very seriously. A significant proportion of the city’s culture, museums and art revolve around this heritage.

Settled in the 18th century, the city is built on and surrounded by mountains and hills. This makes getting out and around a popular activity. But even close at hand, the city has at least three major green spaces where you can retreat to the wild.

Some of Brazil’s most significant colonial towns; such as Congonhas,Diamantina,OuroPreto, São João del Rey, andTiradentes; are not too far from the city.

Shopping in the city mainly happens in malls such as BH shopping, Shopping Del Rey, Diamond Mall; but there are also traditional options such as Mercado Central, and the Hippie Fair.

As the city with most bars per capita in the world, drinking and nightlife isn’t going to be a problem. There are simply too many to list.

Essential travel information and Belo Horizonte tips for your visit