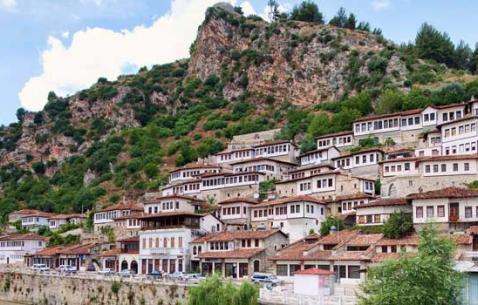 Berat District (Albanian: Rrethi i Beratit) was one of the thirty-six districts of Albania, part of Berat County. It had a population of 117,066 (2010 estimate), and an area of 939 km². It is in the centre of the country, and its capital is Berat. An other large population centre in this district is Ura Vajgurore. This is also the birthplace of Sejfi Protopapa, a Balli Kombëtar leader.

Berat is a small town which is situated in Albania. Ever since 2008 it has come under the list of UNESCO World Heritage Sites. It needs protection and preservation because it is one of the rare examples of the well preserved Ottoman Town. It is sometimes also known as the “Town of Thousand Windows” and is one of the most beautiful towns in Albania.