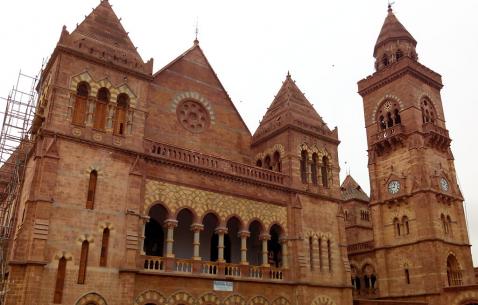 The city was named Bhuj by Rajput ruler Rao Khengarji I owing to its location at the foot of the hill known as Bhujiyo Dungar. The city was quite important back then as it served as capital of the State Kutch, now a part of the State Gujarat.

Bhuj is a city of historical and cultural importance and is home a lot of palaces, temples and a wide array of handicrafts. It is also well known for the Textiles such as Batik and Bandhani are gaining a lot of importance on a global scale as well. The market for the handicrafts and textiles manufactured here are increasingly gaining popularity and a special tourism in Bhuj is on rise – owing only to these art forms!

City of Bhuj was struck with an Earthquake that measured 7.7 on the Richter scale in the year 2001. Although a lot of it was destroyed, the City has managed to get back on track and is rebuilding a lot of what was lost and also invests in the maintenance and upkeep of the historically important sites such as palaces and temples.

Bhuj travel guide can be easily obtained from the Visitor Information Centre at College Road in Bhuj.

Essential travel information and Bhuj tips for your visit