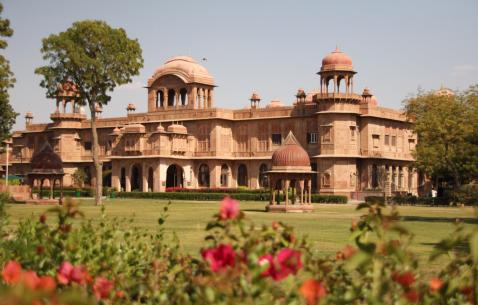 Bikaner is a city about 330 kilometres northwest of Jaipur; the state capital of Rajasthan and was considered as an Oasis on the way to Gujrat from Central Asia due to its adequate supply of spring water. Today it’s an Oasis of temples and forts that delights the sore eye of the desert traveller. From being a small city, it has grown to be the fourth largest in Rajasthan having a great tourism value. It attracts a lot of Indian and foreign tourists every year.

Bikaner gets its name from the ruler Rao Bikaji who colonized the city in the late 15th century. Before that it was known as ‘Jangladesh’ meaning forest land. The word Bikaner literally means the ‘settlement of Bika’. After him Bikaner kept on flourishing even more under subsequent rulers. The Infamous Junagarh fort was built a hundred years after Rao Bikaji passed.

The town is famous for a lot of things such as sweets and eatables, textiles, clothing and the traditional Rajasthani jewellery. It is known for its sandstone built forts and temples. The architecture here is a great blend of Rajasthani, Mughal and British styles. There are a lot of colourful shopping streets embodying the perfect flavour of Rajasthan.

Essential travel information and Bikaner tips for your visit

Best to not visit sparsely populated areas after sunset.