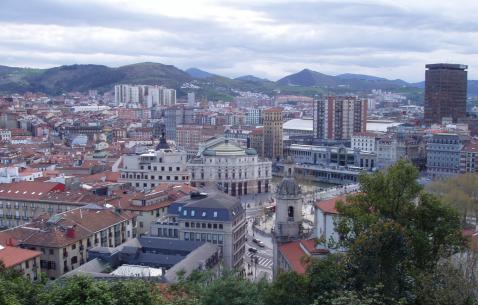 They original Basque name is Bilbo, but sadly, this has nothing to do with hobbits. People have been around here a while they found 6000 year old graves on Mounts Avril and Artxanda, and human settlement remains from at least 3rd century BC.

Founded in the 1300s, Bilbao soon got a governing body, the Consulate of Bilbao, which leveraged the city’s port to make the city a highly influential Spanish town. Early 17th century discovery of iron deposits in the surrounding hills added greatly to the city’s wealth this allowed it to weather the Spanish economic crisis of the 17th century quite well.

Bilbao’s indomitability is evident from the fact that even though the 1800s saw the city put through many battles and sieges, it nevertheless continued to prosper right through to the 1900s: railways, tourists, and sharp population increases helped in this.

The Spanish Civil War started here, and the city’s highly important bridges were destroyed… only to be built back at once only a handful of years later, when the war had passed. An unsustainable spurt in industrial development combined with terrorist activity led to a severe economic crisis in the second half of the 20th century. Bilbao responded with steady deindustrialization and focused development of the service sector.

Plan Your Trip To Bilbao

The best tours and activities in the city, guided by experts to give you a local insight to the best of Bilbao