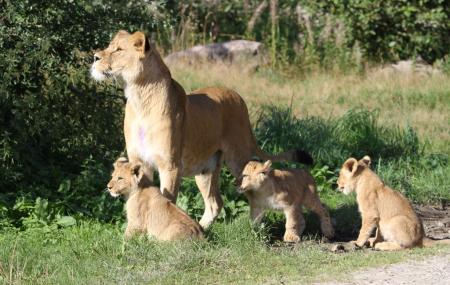 Around 24 kms from the main city of Billund lies the GIVSKUD zoo. Head over here for a fun filled day with your kids. Visit the Lion’s Den or feed the camels or go on safaris. The zoo currently houses otters, elephants, chimpanzees, giraffes, zebras, bandros and wolfs to name a few.

How to Reach Givskud Zoo

Love this? Explore the entire list of places to visit in Billund before you plan your trip.

Fancy a good night's sleep after a tiring day? Check out where to stay in Billund and book an accommodation of your choice.

People normally club together Legoland and The Jelling Monuments while planning their visit to Givskud Zoo.