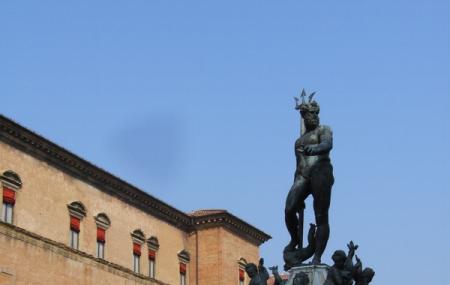 The grand statue in the Piazza Maggiore cannot go unnoticed! Designed by Jean de boulone also known as Giambologna, he razed the entire block to make the fountain. It beautifully displays a bronze figure of Lord Neptune along with four angels at the steps signifying the river of 4 continents: Amazon, Dandu, Nile and Ganges.

Designer Giambologna has very skilfully shown the vigour of Neptune in the statue which is why it was chosen as logo of ever so famous car company- Maserati. Also, visit the popular attractions in the city by following Bologna itinerary 3 days.

How to Reach Fontana Del Nettuno