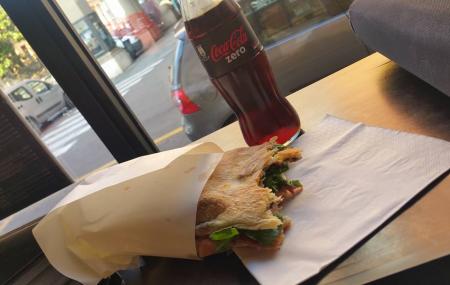 If you are a sandwich fan, you need to head out to Il Panino while in Bologna. This restaurant is believed to be serving some of the best sandwiches in the city. Their sandwiches come with fresh sliced meats, cheeses and many other interesting toppings. The restaurant has a huge menu to choose from, especially the panini. The panini is presented in different sections depending on the type of ingredients they contain. The staff is extremely polite and friendly and English-speaking. This is one of those places where you can grab a quick bite or sit down and socialize with the locals.

Home to bountiful attractions like Piazza Maggiore, The Two Towers, Piazza Santo Stefano, Fontana Del Nettuno and Basilica Di San Petronio, there are many things to do in Bologna that you can explore on your visit.

Il Panino is generally not available on the guided Bologna tours, but there are plenty others that are worth visiting.

Find the joy in planning a D.I.Y. trip by using this awesome Bologna trip planner.

Add accommodation and hotels in Bologna that suit your budget including the most recommended ones like Albergo Delle Drapperie, Hotel Roma and Hotel Touring.

Create your own Bologna vacation packages or choose from the ones made by travel experts. Also explore the best ways for how to reach Bologna.

How to Reach Il Panino

72.22% of people prefer to travel by car while visiting Il Panino