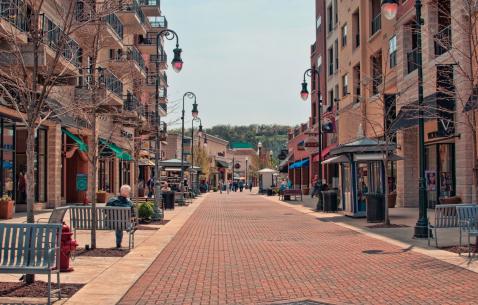 Reuben Branson opened a general store and post office here in 1882. Thirty years later, the place was city. Tourism kicked off here with the discovery of the Marvel Cave, which in the 1950s began to host square dances. The Herschend Family modernised the cave with stairwells and lights, built up Silver Dollar City around it… and that’s what really marked Branson’s place on the Map! Further popularisation happened with the publication of The Shepherd of the Hills by Harold Bell Wright, which was set in and around what is today known as Ruth and Paul Henning Conservation Area. Natural sightseeing in Branson received a great boost with the building of Table Rock Dam, and the creation of the subsequent lake watersports boomed all along the shores.

The next major boost to the city’s tourism came from the boom of performance and celebrity theatres in the 1980s onwards, capped of recently with the incredible Christian Theatre Sight and Sound. Today, they call Branson "the live music show capital of the world", and these are now the premier tourist attractions of the city.

Plan Your Trip To Branson

The best tours and activities in the city, guided by experts to give you a local insight to the best of Branson