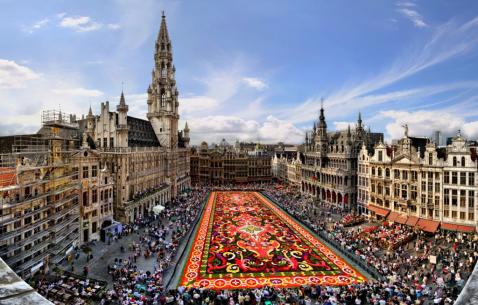 It’s one of the most important cities in Europe and certainly the most important in the country. Many major European institutions are headquartered here; it’s at the junction of a number of major European cultures; has a well preserved if culturally mixed Flemish heritage; has major identities in both French and Dutch (most people speak French); and is simply a beautiful metropolis. It’s history is said to have properly begun when the remains of St, Gudula were transferred into it. Over the years, marshes were drained away, fortified walls were built and Brussels gained a proper identity as a city.

The French bombarded and flattened a large part of the town in 1695, but the city built itself back. In the aftermath of the 1830 Belgian Revolution, Brussels became a capital. It survived the first half of the 20th century with few scratches. It’s got a brilliant cultural, political and social scene, and is probably one of the friendliest cities in Europe.

Essential travel information and Brussels tips for your visit

Plan Your Trip To Brussels

The best tours and activities in the city, guided by experts to give you a local insight to the best of Brussels