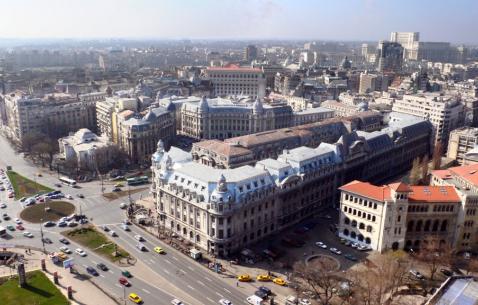 Capital of Romania, also the main cultural, industrial, and financial centre. The city is home to nearly two million people. Founded in the early 15th century, the city has unfortunately lost much of its charming past.

It is known there were settlements here since antiquity. The Old Princely Court, the ruins of which can still be seen, was erected in the mid-16th century. Eventually, it became the centre of the Wallachia. Several disasters, natural and man-made led to the city having to be rebuilt multiple times. The most notable of these were the 1847 fire, the communist rule, and the 1977 earthquake.

Many important treaties have been signed here, both to end wars and forge alliances. Bucharest became the nation’s capital in 1862, with the merger of Wallachia and Moldavia under King Carol I. It grew quickly for the next 70 years. Communism took hold from 1947 and was overthrown in 1989.

Essential travel information and Bucharest tips for your visit

Plan Your Trip To Bucharest

The best tours and activities in the city, guided by experts to give you a local insight to the best of Bucharest