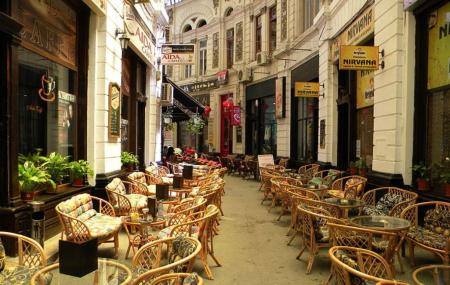 Lipscani refers to both the street and the district which takes its name from that street, in Bucharest's Old Town. The architectural styles of the buildings and the overall look of the street is a perfect reflection of how Bucharest mixes the old with the new.

The area was mainly developed by merchants from various different nations - Greek, Bulgarian, Serbian, Armenian, Jewish, Albanian and Austrian - who used to sell a great variety of products in this area. The disrepair this neighborhood has fallen into has been beneficial, exposing its historical avenues and thoroughfares. This is the location of the old Stravropoleos Church.

Tourism-wise this is also the city's most bohemian district, with many cafes and bars and restaurants and venues for live music. Make sure to check out all the antique stores. Constructed in the 14th century this is the city's oldest area. Sights to see:

There are many old churches, including Jewish synagogues

Also, visit the popular attractions in the city by following Bucharest itinerary 1 day.

How to Reach Lipscani

Love this? Explore the entire list of places to visit in Bucharest before you plan your trip.

Fancy a good night's sleep after a tiring day? Check out where to stay in Bucharest and book an accommodation of your choice.

86.77% of people prefer to travel by car while visiting Lipscani

People normally club together Stavropoleos Monastery and Manucs Inn while planning their visit to Lipscani.