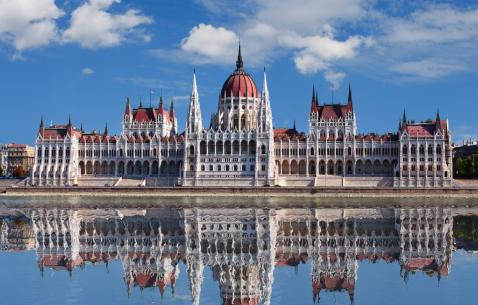 Situated at the banks of River Danube, Budapest is a charmingly unique, vibrant city and the capital of Hungary. The traces of settlement on the territory of Budapest account to the Celtic tribes. During the first Century AD, the territory was fortified and went under significant development that turned the territory into a civil settlement. The Roman Ruins in the city have been dated back to the second and the third century AD and have shed light on to the culture and the lifestyle of that time. During the medieval times, the city was under the rule of King Matthias. The vividly remembered renaissance ruler and his love for the arts and the sciences transformed Hungary into a notable power. The city has been witness to a long violent past and was almost on the verge of destruction by the Mongols in 1241, Turks in 1541 and the Soviet troops in 1945. Today, Budapest is the cultural, political and economic capital of Hungary and boasts royal palaces, Ottoman-era spas, wooded hills, fine museums and galleries, fantastic art nouveau buildings, new design hotels, fabulous food markets, outdoor coffee houses, picturesque scenery, fashion houses, a lively performing arts scene, entertainment opportunities, colourful markets, extravagant festivals, a vibrant culture and a rich past. The plethora of sights, attractions and opportunities make Budapest worthy of its claim as one of the most beautiful cities in Europe. Due to its beautiful scenery and architecture, Budapest is often recognised as “Paris of The East.” The unique, youthful atmosphere, outstanding classical music scene, pulsating night life along with the historic and natural attractions, add to the magic of Budapest.

Essential travel information and Budapest tips for your visit

Plan Your Trip To Budapest

The best tours and activities in the city, guided by experts to give you a local insight to the best of Budapest