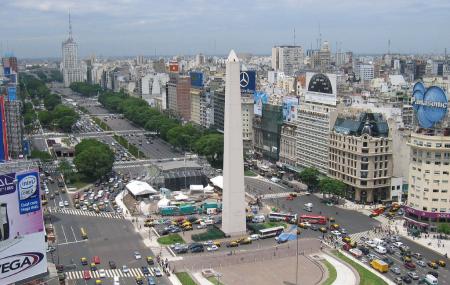 The Avenida de Julio is an impressive avenue in Buenos Aires. The most impressive thing about it being that it is famous for being the widest avenue in the world.  It connects the Rio de Plata Waterfront of the district of Retoro, to the Constitucion Station of the south.

There are 14 lanes in total which are divided into 2 sections going in opposite directions. The space between the main avenue and the side streets are intercepted by two broad medians. Some interesting buildings that can be seen along the road are the Plaza de la Republica, the statue of Don Quixote, the western zone of the famous Lavalle Street, and the Constitucion Station.

How to Reach Avenida 9 De Julio

Love this? Explore the entire list of places to visit in Buenos Aires before you plan your trip.

Fancy a good night's sleep after a tiring day? Check out where to stay in Buenos Aires and book an accommodation of your choice.