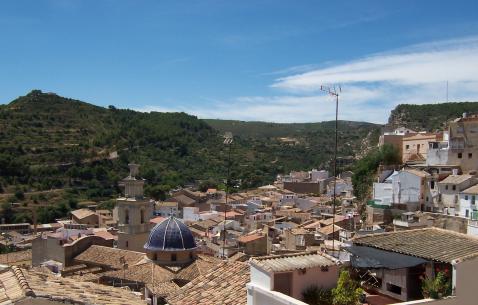 About the 38 kilometers west of the much more popular city of Valencia, Bunol is an unassuming looking town. The River Bunol flows by, and the region is surrounded by three mountain ranges - La Sierra de Las Cabrillas, la Sierra de Dos Aguas and la Sierra de Malacara y Martes.

Archaeology suggests the region was settled since at least 50,000 years ago. During Medieval times it was an Islamic majority place, but eventually was taken over by Christians. The location of the Castillo is strategic, and used to have great military significance.

The town is mostly famous for the August Tomatina festival. It's not certain how the Tomatina Festival, which has been going on since 1945, began, though theories ranged from a spontaneous food fight or the spoils of a lorry that spilled its fruit.

Essential travel information and Bunol tips for your visit