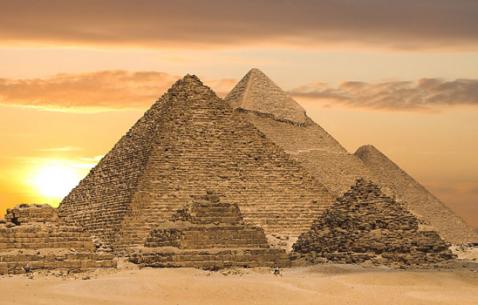 Cairo, the capital of Egypt and one of the largest cities in Africa. The city has an enduring appeal and is one of the major tourism destinations in the world. Cairo is best known for its diverse culture and a vibrant history that goes back to over two thousand years. Situated on the banks of the river Nile, the city was home to the Egyptian Civilization, one of the greatest and most powerful civilizations to have ever existed. After the downfall of the Egyptian civilization, the city became a Roman trade outpost till the 7th Century AD, when the Arabs took over the land. The millennium that followed saw the rule of the Fatimids (969–1171), the Ayyubids (1171–1250), the Mamluks (1250–1517), the Ottomans (1517–1798), and then experienced 150 years of French and British colonial administration. The influences of the rich history and a diverse culture gives each area and district its distinct identity, especially the Christian and Islamic influences that can still be seen in the city today. Cairo is an overwhelming city and boasts numerous sights like the preserved the fabulous medieval Islamic city, Coptic sites in Old Cairo that were home to some of the earliest Christians and many historic churches, the iconic Sphinx, Khufu’s Great Pyramid and other attractions like the Egyptian Museums, ancient Egyptian burial ground called Saqqara, Khan el-Khalili which is an ancient shopping area that dates back to 1382, Nile Cruise, bustling markets and some of the oldest churches and mosques. Cairo is an enigmatic city that has been shrouded in a glorious past, diverse cultures and some of the earliest and the greatest architectural marvels, making Cairo an unforgettable experience. Each one of you should visit Cairo at least once and experience all that it has to offer considering the best time to visit Cairo.

Essential travel information and Cairo tips for your visit

Plan Your Trip To Cairo

The best tours and activities in the city, guided by experts to give you a local insight to the best of Cairo