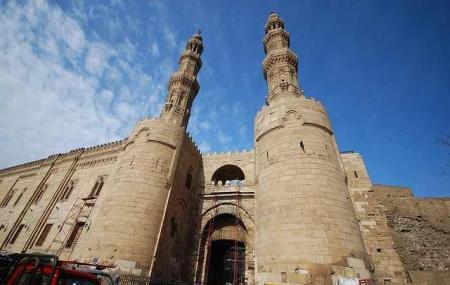 Bab Zuweila is an iconic structure that was built sometime in 11th century. They are actually massive gates flanked by 2 towers. These gates are oldest and the most elegant piece of architecture of the olden period. Bab Zuweila is historically significant and impressive. Make a trip here and dive into the history of Cairo when the city had hardly any commendable fortified structures. A visit to the lovely gates would indeed be informative and interesting.

How to Reach Bab Zuweila

Love this? Explore the entire list of places to visit in Cairo before you plan your trip.

Fancy a good night's sleep after a tiring day? Check out where to stay in Cairo and book an accommodation of your choice.

People normally club together The Egyptian Museum and Saladin Castle while planning their visit to Bab Zuweila.