The Serapeum Of Saqqara Ticket Price, Hours, Address and Reviews

The Serapeum Of Saqqara 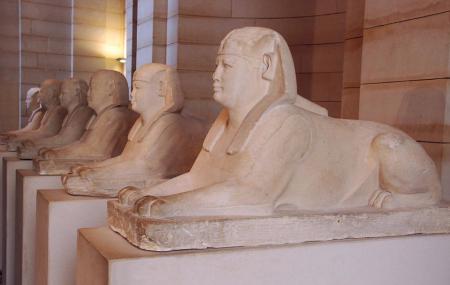 Find hotel near The Serapeum Of Saqqara

A serapeum is a temple dedicated to the god Serapis, a combined avatar of Osiris and Apis. Not much is known about this specific serapeum. The construction of this place was dedicated to the sacred bulls of Apis, who they believed were the incarnation of Ptah, the Memphis god. Some eight million dogs are buried here. The serapeum has held a mystic hold over the imaginations of archeologists a long time before it was found.

Storied would filter through to the academia of it’s presence, perhaps a glimpse of a subterranean cavern, a stumbling upon a strange passageway, which was lost again under the sands. For a long time, the site was closed to the public, with officials citing safety hazards. After three decades of intense debates as to the nature of the restoration of the serapeum, reconstruction work started in 2001, taking 10 years to complete and the tomb is now finally open to the public.  Also, visit the popular attractions in the city by following Cairo itinerary 4 days.

The Serapeum Of Saqqara Travel Tips

How to Reach The Serapeum Of Saqqara

Love this? Explore the entire list of places to visit in Cairo before you plan your trip.

Fancy a good night's sleep after a tiring day? Check out where to stay in Cairo and book an accommodation of your choice.

92.88% of people prefer to travel by car while visiting The Serapeum Of Saqqara

People normally club together Sphinx and Step Pyramid Of Zoser while planning their visit to The Serapeum Of Saqqara.

The Serapeum Of Saqqara Reviews & Ratings