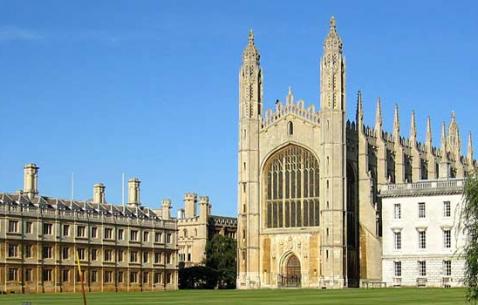 When was the last time you wrote a poem? Cambridge, with its lawns laden with lush leaves, aristocratic architecture that’s centuries old and a name synonymous with academic brilliance, will make you feel like doing just that. It’s not a surprise that hordes of visitors are attracted to this idyllic little town.

With some of the world’s most fascinating museums and galleries, as well as some of the best colleges in the English speaking world, all kinds of prospective students, holiday-makers and lovers of the arts and sciences visit this city with the intention of exploring its rich culture and heritage.

Whether you’re keen on visiting the famous Cambridge University grounds or you just want to picnic in one of the lusciously green gardens, you’re bound to fall in love with the place. It’s a city that has been immortalized in countless songs, poems, plays and books and constantly inspires some of the brightest minds in the world.

It’s also a city which prides itself in having age old traditions, some of which have been around for hundreds of years. Cambridge itineraries are always filled with activities!

Historically, settlements have existed in the Cambridge area from as long ago as the 1st Century BC. The earliest proof of occupation was discovered under the grounds of the Fitzwilliam College. There has been evidence that Romans once settled upon the land as well, and after their departure, came the Saxons, who named the area ‘Grantabrycge’, which later evolved into ‘Cambridge’.

The Vikings set foot and with their vigorous trading practices, helped the city grow at a rapid pace, and then left, ultimately putting the power back into the hands of the Saxons. They started to build churches and mint currency and in 1068, William of Normandy built a castle a top Castle Hill and the city came under control of the King and his deputies. The first town charter was granted by King Henry the First, which gave Cambridge a monopoly over waterborne traffic, much to their advantage.

When a group of students fled from Oxford, terrified by a few hostile townspeople, they decided to set up their own educational institution and in 1209, Cambridge University was formed. After having played a major role in the British Civil War and after the introduction of the railway in 1845, the town was slowly starting to develop economically. In the 20th century the town began to modernize, with the introduction of shopping arcades.

Cambridge, throughout its history, has been a significant city. As it started to grow economically, it also grew intellectually, with the likes of Sir Isaac Newton and Rutherford having brainstormed within the university’s confines. Today, it’s this same university that has produced some of the era’s greatest poets, politicians, scientists and dramatists.

Today, the average visitor is drawn into three basic elements that have always defined Cambridge- its artistic beauty, its natural beauty and its booming college culture.

Cambridge tourism, with its warm, dry weather, is a beautiful town and truly a sight for sore eyes. With tales around every corner, and its traffic free roads, it’s a peaceful little haven for intellectual and artistic development and expression. It’s also a good place to just kick back, relax and forget your problems. Bask in the warm sun, and drink some tea and try to remember the last time you wrote a poem.

Essential travel information and Cambridge tips for your visit

Plan Your Trip To Cambridge

The best tours and activities in the city, guided by experts to give you a local insight to the best of Cambridge