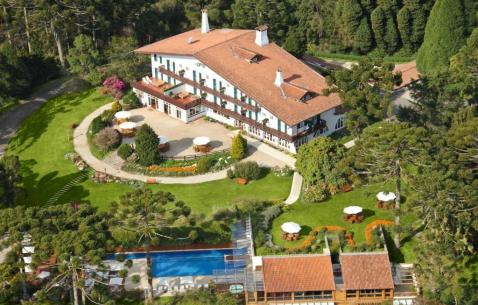 At 1628 metres above sea level, nestled in the Mantiqueiramountains,this is the highest city in Brazil, but the cooler climate isn’t the only reason people visit. The city is a tourist trap in everyway, and has almost no historical or cultural heritage.

They call it a mini-Switzerland, with half-timbered architecture typical of the Alps. The food is very Swiss too, and visitors are especially fond of the local fondue. Though you can’t ski, there’s a lot of trekking, perhaps even horse rising to be done. The landscape is covered in the pine trees that once made up the old Atlantic Forest, and of which now only scattered remnants remain. Party-wise, there are a few nightclubs, bars and pubs. Most of your time can be spent just strolling from one area to another. If you don’t feel like long walks between the neighbourhoods, hop onto the Urban Streetcar, or the Bondinho, as the locals call it.

The town’s tourist attractions are a lot more exotic to Brazilians themselves, than to the average foreigner. That’s because the cool temperatures, by Brazilian standards, are downright freezing. Plus, there aren’t any other Alpine-themed towns or cities in the country. Campos Do Jordao has done a very good job of capturing that European spirit.

Essential travel information and Campos Do Jordao tips for your visit

Plan your customized day by day trip plan for campos do jordao. Choose from various experinces categories as adventure, romantic and family and kids friendly for your trip using using campos do jordao trip planner.