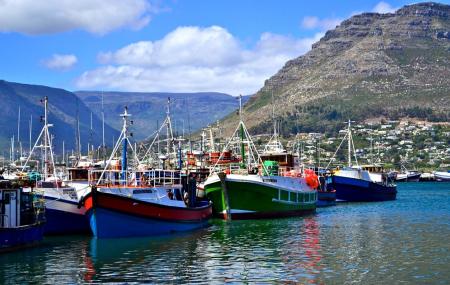 This beautiful bay area is the one-stop destination for entertainment, adventure, food and leisure. A vibrant coast with beautiful waters perfect for a swim and the harbour offering an astounding view of the sea are not the only things to admire. This little neighbourhood is nestled between Chapman’s peak and Mount Sentinel making it more appealing to the eyes.

Shop at over 100 stalls of the harbour market, relish the scrumptious sea-food as you walk, go on a cruise ride or engage into water sports like kayaking, mountain biking, fishing charters and jet-skiing, Hout bay has it all. Also, visit the popular attractions in the city by following Cape Town itinerary 2 days.

How to Reach Hout Bay

Love this? Explore the entire list of places to visit in Cape Town before you plan your trip.

Fancy a good night's sleep after a tiring day? Check out where to stay in Cape Town and book an accommodation of your choice.

94.29% of people prefer to travel by car while visiting Hout Bay

People also prefer to end their day with Hout Bay.