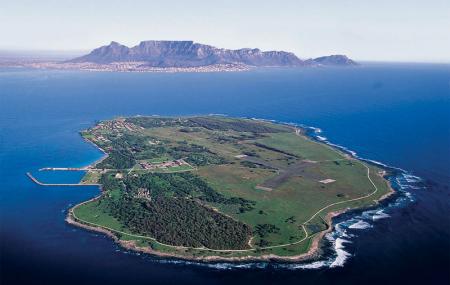 Robben Island is quite rightfully a UNESCO World Heritage site. The importance of the site lies in its role in the History of not just South Africa but the entire continent of Africa.

In times of apartheid which was a dark time for the continent, with slavery and discriminatory practices being rampant in the place, the place was used as a prison to incarcerate political prisoners. The place was used as a way to break the spirit of the revolutionaries in order to suppress the unrest in the country.

When these prisoners were freed, they turned the island into a symbol of peace in stark contrast with its violent and tyrannical use before. There is a museum that is a reminder of all those who contributed to the removal of apartheid in Africa as well as the history leading up to it.

If one wants to understand the culture and historic past of Africa as it has been influenced by the political situations over the years, this place is a definite must visit.

How to Reach Robben Island

Love this? Explore the entire list of places to visit in Cape Town before you plan your trip.

Fancy a good night's sleep after a tiring day? Check out where to stay in Cape Town and book an accommodation of your choice.

78.69% of people prefer walking in order to reach Robben Island

People also prefer to start their day with Robben Island.