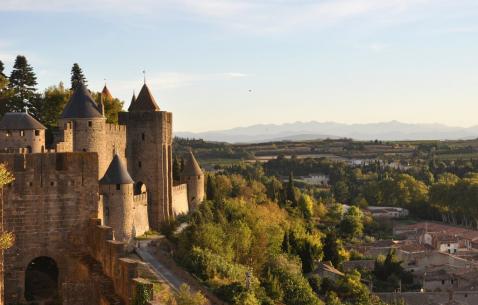 The City of Carcassonne is an exceptional and glorious example of a fortified medieval city. The impressive fortifications are visible from far away. These fortifications have two enclosures and a 12th century count's castle. They extend over a total length of 3 kilometres. The fortress was declared a World Heritage Site by UNESCO in 1997.

Today, the city has expanded outside the fortified walls, and it is believed that the old city houses only around 60 residents. The rest of the inhabitants stay outside the walls. Carcassonne tourism is a blend of history, hiking, shopping and relaxation.