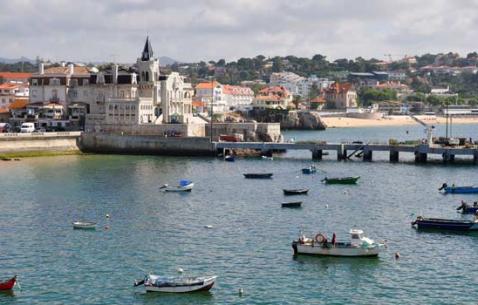 Cascais tours lead you through picture-perfect fishing town. It is also one of the richest municipalities in Portugal.

The people of Cascais traditionally lived off the sea and their produce served the neighbouring city of Lisbon. Apart from fishing, the region also maintained impressive agricultural production of olive oil, fruits and cereal. At the dawn of the 20th century, the town became a summer residence to King Luis and the royal family of Portugal and thus received a fast-paced infrastructural development. Cascais’s proximity to the ocean made it an important post of defence as well.

It was King Carlos I, himself an ardent admirer of the oceans, fully recognized the town’s potential for maritime activities and set up Portugal’s first oceanographic laboratory at Cascais. It’s worth exploring the royal heritage of Cascais. The town was a favourite with the Portuguese royalty and also attracted nobility from all over the world. Visitors will find many beautiful historical mansions in the old parts of Cascais. Post World War II, many exiled royal families from across Europe found sanctuary in Cascais.

The beaches in Cascais are delightfully different from one another. Some are popular with surfers and water sport enthusiasts, some are a favourite with families looking to relax while others are wonderfully secluded and do not receive the tourist rush due to the uneven, rocky terrain. Of course, tourism in Cascais won’t be complete without some of the best variety of fresh seafood. Expose your taste buds to traditional Portuguese cooking including some sweet items such as Fofos de Belas, Travesseiros and unique confectionary items. And ask for a glass of ‘Vino Verde’ (green wine) with your meal.

Cascais is a popular day trip from Lisbon.

Essential travel information and Cascais tips for your visit

Plan Your Trip To Cascais

The best tours and activities in the city, guided by experts to give you a local insight to the best of Cascais