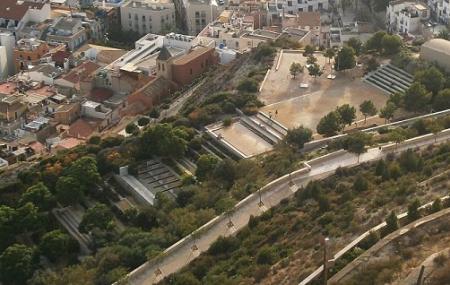 Parc de l'Ereta is a perfect place to quench your wanderlust. Located on the foothills of Mount Benacantil, the place offers spectacular views of Alicante, the port, and the beautiful sea. The park is well-equipped which includes a large central square, a cafeteria, a restaurant that presents panoramic views of the surroundings, an exhibition hall, and an entertainment area.

Create a customized plan for your visit using the Alicante trip planner. You can use ready templates or start from scratch for the same.

How to Reach Ereta Park

Love this? Explore the entire list of places to visit in Alicante before you plan your trip.

Fancy a good night's sleep after a tiring day? Check out where to stay in Alicante and book an accommodation of your choice.

90.91% of people prefer to travel by car while visiting Ereta Park

People normally club together Basilica Of Santa Maria and Cafe Uno while planning their visit to Ereta Park.