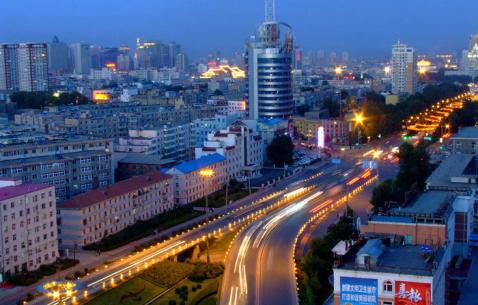 Changchun is a city located in the northeast of the People’s Republic of China and is the capital of the Jilin province. The city is home to more than 7.5 million people.

During the reign of the Ming Dynasty, Changchun was just a small trading post and frontier village. The emperor Jiaqing of the Qing Dynasty renamed it ‘Changchun Ting’ in 1800. At the end of the 18th century, many provinces in China were getting crowded, so people from there started moving to this little village and the village was renamed ‘Changchun Fu’. The Japanese gained control of the area and the city was named ‘Hsinking’ and was to be the capital of the puppet state of Japanese-controlled Manchuria between 1933 and 1945. The citizens of the area experienced brutalities and suppression at the hands of the Japanese forces, and at the same time the area experienced rapid expansion and industrialisation. After the surrender of the Japanese at the end of World War II and a bloody civil war led by the People’s Liberation Army, the city came to be known as Changchun again.

Formerly the centre of the Chinese film industry, Changchun is now at the heart of China’s automotive industry. From films to cars, and what a journey it has been too. Changchun is a bustling Chinese city with many parks and breathing spaces that let you get away from the rat race. If political history is an interest, the Puppet Emperor’s Palace where Emperor Puyi installed by the Japanese resided, should definitely be a part of your trip planner. This city, with its myriad attractions that will fill up your itineraries, will wow you. Its people are friendly, its cuisine is delectable and its quiet beauty and dignity will entice you. So what are you waiting for? It’s time to plan your trip to Changchun!

Essential travel information and Changchun tips for your visit