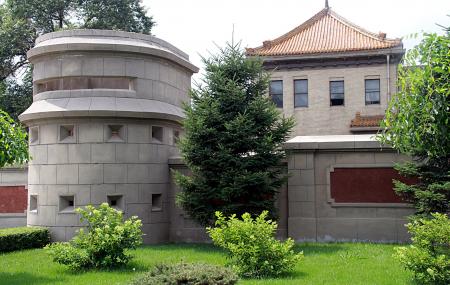 The museum is a stark reminder of the life and reign of the last emperor of China, Pu Yi of the Qing dynasty, often referred to as The Puppet Emperor. When China was overrun by Japanese regimes in 1931 the Manchu state was setup by the Japanese invaders and they appointed Pu Yi as its Imperial head. He was only a nominal head but in reality was answerable to the Japanese regime and hence only a ‘Puppet’. The Palace covering an area of 33.5 acre land is divided into two parts namely the outer palace and the inner palace.

The former for political activities which contains the Qinmin building, Huaiyan Building, Jiale Palace. There are places for relaxation and recreation such as the Garden, swimming pools, and artificial hills. The inner palace is where the Emperor spent his daily life with family and friends. It is also the place where now the exhibits are kept. They range from displays and illustrations of his daily life, documents signed by him, important family relics and so on. It takes the visitor through the entire history of the place, is rise and fall, through times of glory and decay.

The Ticket Selling Time Is From:

How to Reach Museum Of Imperial Palace Of Manchu State, Puppet Emperor's Palace

95% of people prefer to travel by car while visiting Museum Of Imperial Palace Of Manchu State, Puppet Emperor's Palace

People normally club together Zoological And Botanical Garden Of Changchun and Shengli Park Of Changchun while planning their visit to Museum Of Imperial Palace Of Manchu State, Puppet Emperor's Palace.