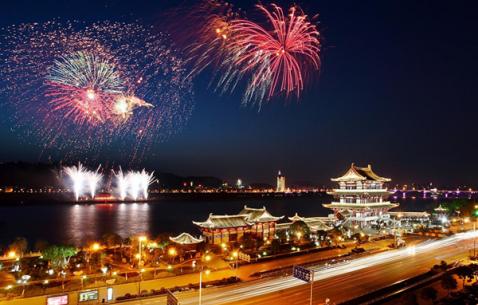 Nestled on the lower valley of River Xiang, a branch of the Yangtze, Changsha is a municipality as well as the capital city of Hunan province in South Central China. It is a renowned commercial and industrial hub in the region, thanks to its huge inland port that is always bustling with activity. In the recent years, the city has been opening up its doors for tourism by developing its natural and historical places.

With a history of over 3000 years, Changsha is said to be one of the oldest inhabited cities in the Chinese territory. It gained importance during the Qin dynasty and became a major commercial centre between the 8th and 12th centuries. The city served as a capital of Hunan province under the reign of Qing dynasty. During that time, Changsha was also a major rice trade centre. The city also witnessed Mao Zedong’s career post communal conversion. Even though the Japanese briefly took over Changsha during the Sino-Japanese war, it was later restructured from 1949 regaining its former glory.

Changsha is guarded by the verdant mountain ranges in the North and West while the river Xiang elegantly flows across. The itineraries of Changsha don’t have exotic places, but the remains of a rich historical and communal heritage left behind by the legendary Mao. Knowing about his political career at this city is one of the reasons why people have Changsha on their trip planners.

The city is also known for its prestigious Yuelu Academy, which is said to be one of the four greatest academic centres of China, surviving for over a 1000 years through the course of Yuan, Ming and Qing dynasties. After being renamed thrice in its existence, the academy finally became the famous Hunan University which still caters to thousands of students.

When you include Changsha in your vacation planners, do not expect it to be just another holiday. The place leaves you with a lot of information about Mao and other communal leaders as much as it leaves you with memories. After the tiresome sightseeing, hit one of those street restaurants at night. Converse with the locals or students and get some tourist information, and last but not the least, don’t forget to try their local snack the ‘stinky tofu’.

Essential travel information and Changsha tips for your visit

Plan Your Trip To Changsha

The best tours and activities in the city, guided by experts to give you a local insight to the best of Changsha