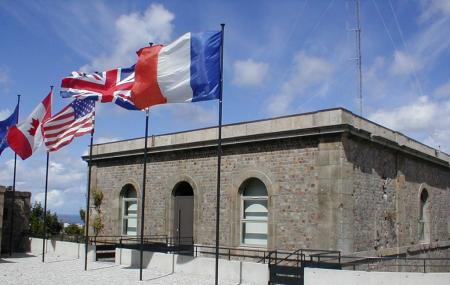 The Musee de la Liberation, is a mighty military museum which stands proudly on the Roule mountain, over Cherbourg. Over 117 meters above the sea level, this museum is dedicated to France’s second national order ‘Ordre de la Liberation’. It also depicts the role played by Cherbourg in WWII, as it was the first post freed from occupation and thus holds a significant historic importance. The Museum contains three galleries and six rooms documenting the history of free French forces, concentration camps, and resistance activities. The hall of honor is dedicated to General Charles de Gaulle, leader of the Free French forces. The exhibits consists of over 4000 objects including uniforms, weapons, transmitters, press and leaflets, the first French naval flags and flags taken behind the enemy lines of Africa and Europe. The educational and theatrical itinerary ends with a stunning panoramic view of Cherbour harbor. Highlights and must sees include:

How to Reach Liberation Museum

Love this? Explore the entire list of places to visit in Cherbourg before you plan your trip.

Fancy a good night's sleep after a tiring day? Check out where to stay in Cherbourg and book an accommodation of your choice.

People normally club together Parc Emmanuel Liais and Chateau Des Ravalet And Park while planning their visit to Liberation Museum.