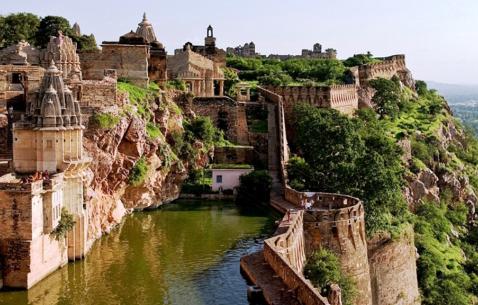 An emblem of Rajputana Valour and architecture, Chittorgarh offers an insider’s journey into the history and culture of Rajasthan. Chittor, the legendary city in Rajasthan is home to what is known to be the largest fort complex of India and once the seat of Rajputana reign. A fascinating historical site, Chittorgarh unravels the stories of romantic past and the chivalry associated with it. However, tragedy comes enveloped in this golden past as the fort also saw jauhars being conducted for the sake of preserving honour and chastity of Rajputana women. Whenever the city was threatened by powerful Mughal enemies, the women and children chose to annihilate themselves in the funeral pyre so as to escape any future dishonour. For this, the city still holds a reverence in the form of jauhar mela.

As you walk down the city and the fort, you will come across ruins, temples and streets that speak of local culture and tradition. Intermeshed with the history of this city are the tales of Rani Padmini, saint poetess Meera and Maharana Pratap. A stay over here will offer you a view of the beautiful mountainous region as well as stunning architecture. From the Chittor fort, you can enjoy beautiful views of the city, surrounding mountains and river Gambhiri and Berach(a Tributary of Banas). From foreigners to Indian tourists, from art/history lovers to nature enthusiasts, Chittorgarh enamors everyone. Also, do keep in mind that an itinerary to Chittorgarh cannot be a complete without tasting the authentic Rajasthani cuisine here.

Essential travel information and Chittorgarh tips for your visit