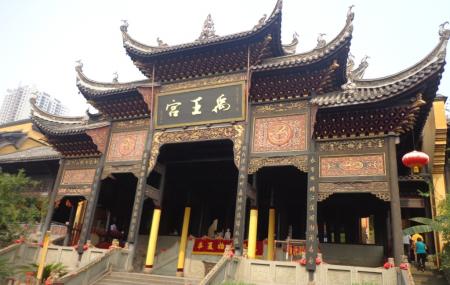 Located in the Yuzhong district near the Jialing River, this museum was formerly the residence of General Joseph W. Stilwell, an American army man who helped the Chinese in the war against Japan. The museum honours his memory today and relays another part of the story of World War.

A bust of the great General greats you at the courtyard of the museum. At the Stilwell Museum one will find –

The museum relays a lot of information about the General, Flying Tigers and the Hump Route, all of which form a part of the American history as well. The guard room to the museum is still preserved in the way it used to be with the same furniture and outdated telephone adding to the museum’s authentic war time feel. Also military vehicles have been put on display in the museum. There are hundreds of articles inside the museum including uniforms, manuscripts, pictures and furniture. A monument stands proud in the centre of the museum courtyard with an epigraph written by former American President, Franklin D. Roosevelt.

How to Reach Stilwell Museum

Love this? Explore the entire list of places to visit in Chongqing before you plan your trip.

Fancy a good night's sleep after a tiring day? Check out where to stay in Chongqing and book an accommodation of your choice.