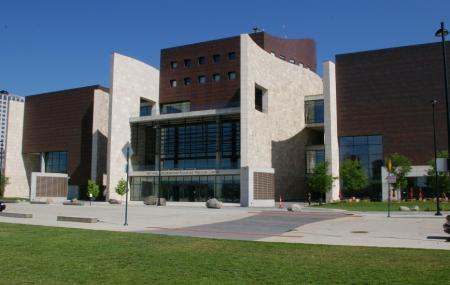 This museum is not just an important part of the cultural heritage but is also a very important part of the social heritage of the city. It is basically a museum that depicts and focuses on the history of Underground Railroad but is also responsible for the social development of the city as well as the country. This museum was built for a second purpose of raising awareness of freedom, tolerance, and liberty within the minds and hearts of all the citizens.

This was also the prime motive behind the establishment of this lovely museum after 10 long years of planning and arrangements. The museum is beautiful inside out and the main ingredient is the honest attitude behind its establishment. Among many of the exhibits here, the main attraction is the 2 storey slave pen house. This is also the only surviving in this category. This museum was directly transported from Kentucky and built again inside the museum. This is to show people how a slave jail used to be in earlier times. These were such where the slaves were imprisoned before being taken to be auctioned.

The other exhibits here include large models, murals, figures, and most important theatres and big screens where old movies and videos are featured. These are all moral displays that have a message to give to the audience at the end. Such initiatives like the museum have always been appreciated by the good people of the city and this has today made it a tourist hotspot.

Love this? Explore the entire list of places to visit in Cincinnati before you plan your trip.

Fancy a good night's sleep after a tiring day? Check out where to stay in Cincinnati and book an accommodation of your choice.