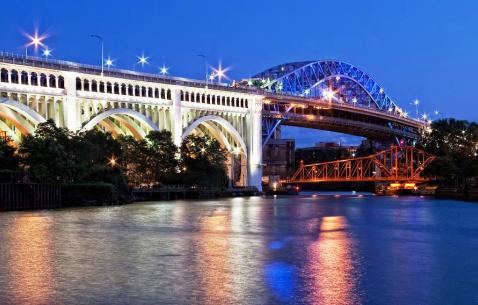 Take a trip to Cleveland and you will be pleasantly surprised at the cultural diversity and plethora of options available to visitors when it comes to places to visit and things to do.

Located on the shores of Lake Erie, there is more to Cleveland than just being an Industrial hub - The City has some of the best museums, casinos, amusement parks, gardens, a zoo, an aquarium, markets, fine dining, causal/ street food, a pulsating night life and much more!

After a slump in 1960s and 1970s, Cleveland was named “Comeback City” as it strived hard to bring back the lustre and the efforts are on even today to take the City to newer heights. As a result of its continued efforts and a successful attempt at public-private partnership to develop the City, Cleveland was given a new name - “New American City”.

Get hold of the Cleveland map from the tourist office and get out and about exploring various beautiful attractions in the City.