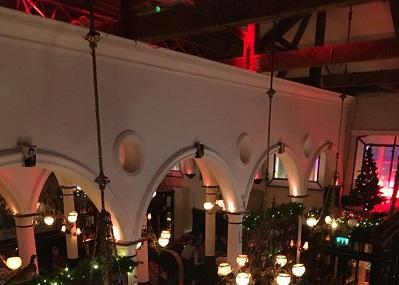 Find hotel near The Bodega

If you are looking for a place where you can rejoice with your friends, then you are at the right place here. You will love the atmosphere inside the bar which is electrifying, and the best part of this place is the decoration with traditional artifacts. There are plenty of spaces inside the bar where you can dance. You will be thrilled with the live music and jazz play. You will love the fantastic collection of wines and whiskeys here. The staffs here are fantastic and are always ready to help you.

How to Reach The Bodega

76.92% of people prefer walking in order to reach The Bodega

People normally club together Saint Fin Barre's Cathedral and An Realt Dearg while planning their visit to The Bodega.