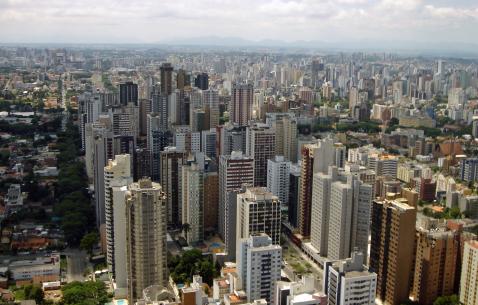 Curitiba is one of the most prominent cities in the southern region of Brazil and is famous for various unconventional reasons. One is the spectacular public transit system, another being sexiness that goes around in the air is seen only by those who really want to see it. You will find colors of all nationalities here- immigrants who are Russian, Italian, Polish, German and Ukrainian have given this city an extremely supportive and friendly environment. Curitiba also respects arts in its own little ways- the old city bang in the center of Curitiba is known for its beautiful graffiti’s and the lovely arts fair held every week. Even though the history is enriching, the reminiscent is not a way to witness it. As it is a fact with Brazil, partying and Rio is very fashionable. But Curitiba again aces that aspect by possessing a system which highlights recycling and sustainable development long before they were even known to half the World.

The population of this city has so many attributes to show- that you will never have enough of them. If cities could adopt Curitiba’s model and make it their role model- most urban evils would be eradicated in no time. Its innovative measures taken to solve issues like poverty, homelessness are commendable. The man behind most of these highlights is its three term mayor- Jaime Lerner who was the brain behind some amazing transformations the city underwent in the 1970s. Fortunately, Football fans got a chance to witness its warmth and its inviting nature when it played host various times during the 2014 FIFA, but you do not need to wait for another World Cup to come around to do the same. In a way, the city has proved itself and clearly deserves you just as much as you deserve everything that the city has to offer to you.

Essential travel information and Curitiba tips for your visit

Plan Your Trip To Curitiba

The best tours and activities in the city, guided by experts to give you a local insight to the best of Curitiba